What craziness. What absolute craziness. Honestly, if you really, really think about it, I mean really see the forest for the trees (the big picture), all this insanely contentious politics is OUT. OF. CONTROL. Take the recent back and forth bickering between political figures like Trey Gowdy and Elizabeth Warren on Twitter of all places. Sound familiar? I take it that there isn’t much chirping going on there, but the birds certainly have learned how to mudsling in every bit of the sense. It’s time to see all this madness for what it is: Genuine folly. But hold on — I haven’t gotten to any specifics yet.

As a part of the chaos of mainstream and “fake” news bombardment that most of us are trying not to drown in daily, there is no short supply of media hosts stirring the pot of emotion about a wall or a “steel barrier,” and I can’t stop thinking about a poem that seems so appropriate for our current times.

Robert Frost once wrote a poem entitled, “The Mending Wall.” Much like his “miles to go before I sleep…” poem, which has arguably been interpreted to symbolize Santa Claus, I’m sure some might interpret “The Mending Wall” to suggest that walls are “good,” and maybe it’s the title that evokes such thoughts. But I think it’s fair to say that the poem really has more to do with borders between neighbors, the complexities between humankind, as well as their fears of change and loss of something. The poem in its entirety can be read here.

“Before I built a wall I’d ask to know

What I was walling in or walling out,

And to whom I was like to give offence.” – Robert Frost

The poem starts off with the speaker reflecting on his interaction with his next door neighbor while they repair the rock wall on their property lines (the kind that old-timey farmers used in years past to create property markers), yet his neighbor seems to be following the blindly accepted tradition: You stay over there, and I over here.

In response to the speaker explaining to his neighbor that the apples and pine cones on each of their properties aren’t going to consume one another, the neighbor, out of tradition and unconscious social programming, reminds the speaker that “Good fences make good neighbors.” So, aside from keeping each other’s livestock from destroying the other’s crops and trees, fences (and walls) are really used to keep people separated (kind of like the livestock owned by farmers…).

Naturally, when I think about human-made walls, at least in my mind, I envision an obstacle that provides a kind of haven from a perceived threat. In other words, the threatening force “over there” is going to come “over here” and perform a hostile takeover and rule over us.

What does building a wall really mean? What could it represent?

Do yourself a favor and imagine as many books, movies, and stories that used a wall as a part of the plot. Now, recall how the walls were associated with some brand of fear of someone or something on the other side. Yet, when you think about it, what motivates us as a collective society to react in such a way? If we’re honest with ourselves, we’ve got to admit FEAR is the fuel that feeds that emotional reaction. And the irony here is that most of those perceived external threats begin inside our heads through the practice of preconceived notions, judgments, and even divisive aspects of tribalism.

Like many poets, Frost repeatedly attempted to direct us towards existential meaningfulness, and in “The Mending Wall,” he hints that something in the natural world won’t accept the wall’s endurance of time. Frost writes: “Something there is that doesn’t love a wall.” It seems that no matter how hard the speaker and his neighbor work to maintain the wall, there is always a sort of natural force, order, or procession that takes it down, again and again, year after year.

Every year the speaker and his neighbor meet to repair it and they see the repeated breaches in the stone wall made by varying forces. And just as in any kind of maintenance that we might do in vain, because time eventually ravages everything, Frost and his neighbor repair this wall solely motivated by tradition and by a sense of morality (it being the “right” thing to do). It’s a tradition that’s been handed down, taught, and unconsciously and robotically accepted without question.

Similar to the sandcastles that we build along the beach, not only does it seem like man’s efforts to keep himself separated from the other are futile due to the entropy of matter and the span of time, but it also seems senseless to actually do something about it because, well, that’s always the way it’s been done? So many of our shared hang-ups, flaws, and taboos can in the least be traced back to a question that never persisted or an idea that even remains unchallenged.

Ellis Island was once open for business. Are we now closed?

I’m not a historian or buff of the like, but I’m pretty sure many of our ancestors came through Ellis Island chasing a dream, even if it was to live a better life. We like to think that our country welcomed them with open arms, and to some extent, I’m sure that’s true, at least for those who didn’t harbor fear towards diversity that manifested as racism and discrimination. But what’s even more likely is that our booming industrial revolution depended on a great deal of cheap labor and labor that was willing to work diligently devoted for very little money in return. Many immigrants received their pay by means of gratitude for living in such a stable and flourishing nation. They were grateful for what they now had.

While many oligarchs and corporations once profited off the cheap labor of immigrants, it seems those capitalizing entities no longer need workers to come to them. What’s changed is that a global economy can now go to where the cheap labor already lives. In our present situation, I ask you this: What do you think “they” (the huddled masses who migrate to our borders) are looking for in life? Why do many illegal immigrants seem to come with just the clothes on their backs? I’ll give you a hint — it’s not just because it wouldn’t fit in their suitcase.

I understand that we can’t rescue everyone from everything, and at this point, we as a nation cannot necessarily save the world. The message here does not side with a specific party or economic plan to pay for whatever is being proposed nowadays. The message is not that we should just let the peoples of the world come and go as they please. But what I am proposing seems to be a long-lost art: Empathy and the art of walking in other people’s shoes, if they have them. Maybe you should imagine yourself in flip-flops or even bare feet.

While I might commend Brian Kolfage for taking on the efforts of the GoFundMe to build the wall by the people who have already donated millions out of their own pockets, in due conscience I must also commend Rigo Torres GoFundMe who’s raised thousands to tunnel under it. They’ve stepped out of the crowd to take a stand. But what kind of a stand are we taking when we use our own money this way.

Now, I understand the perspective of an increase of immigrants, especially illegal ones, would upset our economy in so many ways, overpopulate certain areas or regions, and even how crime could increase due to the lack of control over knowing who’s the criminal and who’s a potential diligent citizen, but is this really about economy? Is this really about keeping America safe and making it great again? I don’t think so. Why? Because if we really wanted to make America great again and stand out as an educated and altruistic nation, we would come together as a people in government and community, we would learn the art of…compromise. Click To Tweet It’s how folks find common ground and sometimes agreeing to disagree but understanding that the one thing that unites them all is their short-lived humanity.

At this point, I think it’s safe to say that walls represent a much more serious issue with our society. Whether it’s political bickering over some sort of allegation between parties or funding for a border wall itself, the only thing that mudslinging or a wall mends is a divisive state of mind, and that state grows like a cancer in the individual as well as the collective of society. And as that wall OR state of mind is perpetually maintained, we the people become like herds on parcels of land, not human beings living together.

“Politics have no relation to morals.” — Niccolò Machiavelli

If you appreciated Walter’s independent analysis and believe that journalism should be free of corporate/big money influence, consider contributing to the writer.

The Ghion Journal is a corporate free zone, we do not take a penny from corporations nor do we raise money by selling ad space. We depend on the support and empowerment of our readers. 100% of the proceeds from the tip jar goes to the individual writers of the articles you are reading. Click on the picture below to contribute as you are able. Thank you for giving us a voice so that we can continue to speak truth to power. 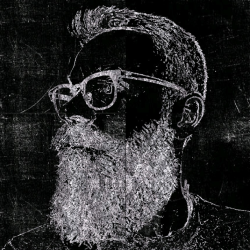